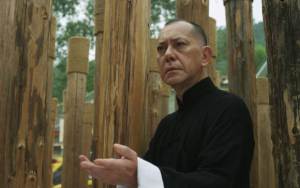 Ip Man first became famous with the original Ip Man film starring Donnie Yen, which started a herd of Ip Man wannabe’s, or so I thought. Even though the series is known for Donnie Yen, curiously enough two unaffiliated films serve to bookend Donnie’s films quite nicely. The first could serve as the prequel, Ip Man: The Legend is Born, with an excellent performance by Dennis To, and this film, as Anthony Wong plays an aging Ip Man.

The film is narrated largely by Ip Chun, who chronicles his father’s stay in Hong Kong while Mrs. Man stays in Foushan, there to look out for their other child in college. While staying with his son, Ip Man starts his…